Assuring Success for Leaders and the Organizations they Serve 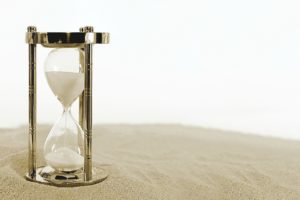 It may surprise you to learn that a six month gap between an executive director leaving and a new leader coming is not uncommon. Whether there is a time gap or not, when executive directors leave, a large measure of institutional knowledge leaves with them.  For most executive directors – especially those with long tenures – the work becomes second nature.  Processes may not be documented but simply reside (only) in their head. After they are gone is the exactly wrong time to realize this. The history and perspective of various organizational decisions are lost. The relationships and networks developed over time must be rebuilt. The very culture of the organization will likely suffer without the leader’s vision guiding the way. While senior leaders, board members, and even funders can fill in some of the gaps in knowledge, there will be significant missing pieces.

If a Board of Directors is charged with the responsibility of ensuring their organization’s long-term sustainability (Hint: it is), then succession planning should be recognized as a key component of the board’s fiduciary responsibilities. Yet, most boards do a poor job of including succession discussions on their board calendar. A 2017 Board Source survey of nearly 1,400 nonprofit organizations discovered that only 27% had any sort of succession plan for their chief executive.

Many reasons can be credited. Board members may not know where to begin so they leave it to the executive director to initiate. That executive may not realize the importance of the process. Board members may view succession discussions as an insult to their current executive officer, who may also feel threatened as the board discusses the organization without them involved.  These are all valid reasons, but none are sufficient.

In my experience leading or consulting with various nonprofit organizations, I have found that the best succession plans are organization wide, revisited regularly, and include these components:

The board is, of course, responsible for assuring that succession planning occurs and that the plan is regularly revisited and updated as needed. But it is the staff – under the direction of the chief executive – who are charged with providing the information that goes into the organization-wide component of the task. While it can be viewed as a gigantic task for an organization with so much pressing work to do, the job can and should be broken into smaller pieces and occur over time.  Succession planning can even be a good exercise to help staff think carefully about what is important to preserve about an organization’s story, its history, and its imagined future.

The good news is that you can avoid the nonprofit brain drain. There’s no time like the present to get started!  Good luck! And if you need help along the way, we’re here.